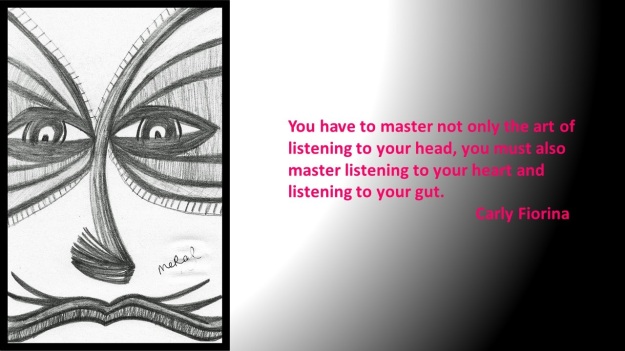 A few years ago, I was part of a Management Team that was commencing its turnaround of a big ICT company. We wanted to set ourselves up to be more outward-oriented, agile, and always at the forefront of customers’ lifestyle needs. We had big plans of being the market leader, and this change in direction required a strong leader who was consistent in institutionalising the Company’s new resolve, at the same time who had the tenacity to see that all parts of the Company actually did move toward the right direction.

As our new CEO was on-boarded, all employees were cautious about how the ship would sail. From the onset, we observed that he did not mince his words, and he so very firmly announced zero tolerance for lack of integrity.

Many employees started feeling that they were walking on egg shells: here was a new guy who was a lot less charming than his predecessor, who walked in on various departments unannounced to see that everyone was on top of their tasks, and who expected all of his Management Team members to justify every single item that they spent Company money on — all of which never happened before. In other words, everyone was scared of him.

I was leading the HR team of this company. As part of my duties, I was co-leading a Compliance Committee that eventually found some employees to be operating businesses that conflicted with the Company’s. After several weeks of thorough investigations, the Compliance Committee ultimately wrote up a report that recommended dismissal of two senior employees proven to have obtained financial gains from this conflict of interest. While discussing the merits of the case with the CEO, and knowing how he was very intolerant of mis-demeanor, our Committee boldly cited dismissal to be the apt penalty.

“Why don’t we give it more thought and reconvene tomorrow?,” said the CEO.

I was taken aback. With a strongly expressed zero-tolerance stance, I was expecting nothing short of a swift confirmation from the CEO that we had made the right recommendation to dismiss the offenders. I also knew the CEO to be very busy with other pressing operational concerns, so for him to allocate more time to this investigation surprised me.

The following day, the CEO pulled me aside prior to entering the meeting room. He was pensive.

“I couldn’t sleep last night. I wanted you to reaffirm that investigations have been thorough and absolutely objective,” he said in a low voice. He let out a sigh of relief when I nodded my head.

“I also wanted to make sure that whatever the penalty we mete, it is fair to them as employees who have dedicated a considerable length of their working lives at this Company, and as persons who have familial obligations and reputations at risk,” he continued.

For the next hour after that, along with other Committee members, we pored over details of the case once again, and finally made the decision to go ahead with the dismissal – a decision that he delivered to the concerned employees personally.

From that moment on, I saw this CEO in a new light. Indeed, he continued to demand 100% and would unapologetically boot us out of meetings if we ever came unprepared. He continued to be curt and unsmiling. On several occasions when I made mistakes, he shouted at me behind closed doors.

But I also saw how he was very passionate about the people who made up that Company and how he treated the Company as his own. In my own job, he continuously pushed me to think of solutions that would ensure employees are properly taken care of without busting the budget. He pressured senior leaders to boost revenues and keep spending in check so we did not have to resort to laying people off indiscriminately, which would have been good for the P&L, put us up higher on the performance rankings, but crush spirits.

I have since left that job for another opportunity, but I will continue to be inspired by the kind of leadership I have seen in this CEO, and the kind of compassion he really holds in his heart — both on and off the job.

Think about it – your seemingly tough, unapologetic and aloof leader does not mean s/he does not care. On the contrary, maybe s/he deeply cares and is very heavily invested on the inside, so much so that s/he has to keep himself cool and collected on the outside.

Your story, our platform: If you’ve got a story and would like to share it with other Femflectors, please let us know. Femflection is all about transferring learnings to help others, be they big or subtle. We want to connect with your feelings, your learnings, your reflections on 2016, or your hopes for the future – in blog or interview format. Express yourself here. Get in touch with us via anja.uitdehaag@femflection.com