Femsy is struggling with the fact that since she is working in “Co-Colours” her friends are complaining about her more hectic working schedule. Femsy realizes that not only her job has changed, but as a result her life has changed as well.

(Click on the pictures to see them in full size) END_OF_DOCUMENT_TOKEN_TO_BE_REPLACED

Doing several things simultaneously makes you feel like you’re getting lots of things done. However, multitasking is a myth; it doesn’t exist. When you attempt to do several things your brains actually switch their focus from one task to another instead of effectively doing two things simultaneously. So, what you’re really doing is task-switching – switching your attention from task to task extremely quickly.

Researchers and neuroscientists around the world, including those at Harvard, Stanford, and the University of London, agree that multitasking is a problem. It makes you less efficient, less effective and over time, it stresses and even damages the brain. END_OF_DOCUMENT_TOKEN_TO_BE_REPLACED

We all know how challenging it is to be a working mom with a partner or a husband — but imagine — what more if you’re single and alone? Certainly, solo parenting has its own special and unique set of challenges. Below are a few lists of common issues that single moms share and struggle with: END_OF_DOCUMENT_TOKEN_TO_BE_REPLACED 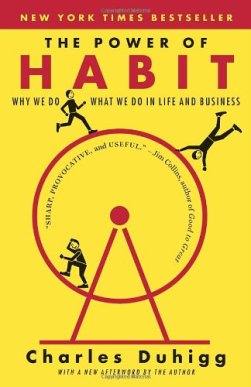 Charles Duhigg is a Pulitzer Prize winning reporter for The New York Times. Duhigg takes a unique look into the human mind to explore the science behind habit making. END_OF_DOCUMENT_TOKEN_TO_BE_REPLACED

How do other people organize their working lives? Did you ever wonder about that? I mean, how do others manage the endless flow of incoming emails and on-going flow of things to do? In the time of apps and after the arrival of the cloud, how does a modern person stay in control of own time and efforts? I believe most people get so used to the way they operate they don’t stop to consider alternatives.

Messaging is still dominating the business live. Then electronic calendar is the norm now. Then you have your own thoughts and ideas that you want to do something about. Then comes up the tasks or errands as a result of discussions or interactions. It’s a vortex of to-dos that you choose to spend time and effort on and either you’re on top of the vortex or you’re not. END_OF_DOCUMENT_TOKEN_TO_BE_REPLACED

Femsy overloads Betsy with tasks that are not in her job description. Betsy decides to address this in a face-to-face conversation with Femsy to bring clarity to the situation.

(Click on the pictures to see them in full size) END_OF_DOCUMENT_TOKEN_TO_BE_REPLACED

Femsy strongly believes in the motto: “Work hard and you will get noticed and rewarded.” She makes long hours to get the job done. She is missing out on the “social talks” in order not to waste her time. 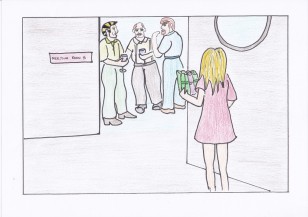 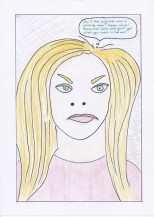 (Click on the pictures to see them in full size)