In my view, managers are facilitators of their team members’ success. They ensure that their team members have everything they need to be productive and successful; that they’re well trained, happy and have minimal roadblocks in their path; that they’re being groomed for the next level; that they are recognized for great performance and coached through their challenges.

It has been now 6 years that I am at an organization where I have performed in a team with 2 different managers.

END_OF_DOCUMENT_TOKEN_TO_BE_REPLACED

The difference between mentoring and sponsorship is the level of active involvement in helping you with your career. Mentors offer advice and guidance that help you to grow in your career, in your field and within your company. Sponsors speak up for you on your behalf in your absence, introduce you to people who might be able to help you (and vice versa!), and put you on the radar screens of people who can help further your career.

Throughout my career multiple mentors and sponsors took part in my continuous development and growth, both males and females. Each of them brought in unique experiences that added to my understanding of how to play the game of business. END_OF_DOCUMENT_TOKEN_TO_BE_REPLACED

Femsy is struggling with the fact that since she is working in “Co-Colours” her friends are complaining about her more hectic working schedule. Femsy realizes that not only her job has changed, but as a result her life has changed as well. 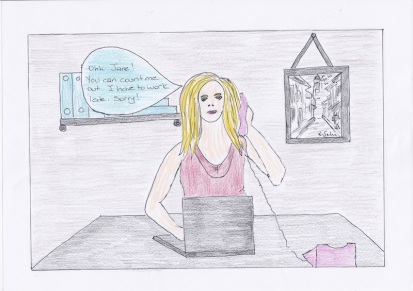 (Click on the pictures to see them in full size) END_OF_DOCUMENT_TOKEN_TO_BE_REPLACED

Doing several things simultaneously makes you feel like you’re getting lots of things done. However, multitasking is a myth; it doesn’t exist. When you attempt to do several things your brains actually switch their focus from one task to another instead of effectively doing two things simultaneously. So, what you’re really doing is task-switching – switching your attention from task to task extremely quickly.

Researchers and neuroscientists around the world, including those at Harvard, Stanford, and the University of London, agree that multitasking is a problem. It makes you less efficient, less effective and over time, it stresses and even damages the brain. END_OF_DOCUMENT_TOKEN_TO_BE_REPLACED

Mansy is taking the credit for Femsy’s hard work in a special project assignment. She decides to address the issue with Mansy in a face-to-face meeting. 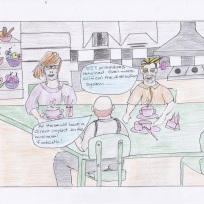 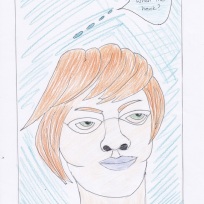 (Click on the pictures to see them in full size) END_OF_DOCUMENT_TOKEN_TO_BE_REPLACED

OK –  so now just two business concepts await examination under the microscope. Having started with seven concepts a few weeks back, one by one they had fallen down. Each time I had been grateful: who wants to spend months and thousands in pursuit of a business idea only to discover a fatal flaw later on.  Letting each idea go was tough – especially if it was a hot favourite.

This week, the hot favourite definitely wasn’t idea 1: a one-stop home repair and improvement service.  Interesting but not INNOVATIVE. It was idea 2: a solution to address that repeated Middle Manager engagement issue. Now there’s a market. END_OF_DOCUMENT_TOKEN_TO_BE_REPLACED

A week back, I had the pleasure of catching up with one of my friends who used to be one of the most demanding bosses I have had the privilege of working with. While giving each other personal updates, our discussion – as it always does – turned into reminiscing about the demanding yet fun environment that we had co-created with our entire employee base.

It was a fun environment, where the Power Distance Index (“PDI”, referencing Geert Hofstede) was very low across the organization, especially in the context of an emerging Asian operation market. In spite of the cordial relationships, everyone was crystal clear about the high performance standards and focused on bringing value to all stakeholders, especially the customers. END_OF_DOCUMENT_TOKEN_TO_BE_REPLACED

After the career discussion with Mansy, Mian is disengaged, demotivated and underperforming. This affects team performance and makes her the focus of office gossip.

(Click on the pictures to see them in full size) END_OF_DOCUMENT_TOKEN_TO_BE_REPLACED

“I don’t mind living in a man’s world as long as I can be a woman in it.” – Marilyn Monroe

Women leaders need to learn to manage without injecting gender into it. We’re all different! Being different from men (or other women) isn’t something to change or hide. Get over the idea that men and women are complete opposites, that we can never be similar.

There are times in the business world when we (and I mean: men and women) should be competitive or confrontational and there are times when we should seek compromise, cooperation and listen to our emotions. Most situations call for a blend of all of the above and most men and women have the ability to be all of these things. END_OF_DOCUMENT_TOKEN_TO_BE_REPLACED

Boss compliments Femsy with her excellent presentation at the management meeting. She responds by saying: “I really did not do much at all. Billy gave me the numbers and Betsy did most of the analysis”.

(Click on the pictures to see them in full size) END_OF_DOCUMENT_TOKEN_TO_BE_REPLACED